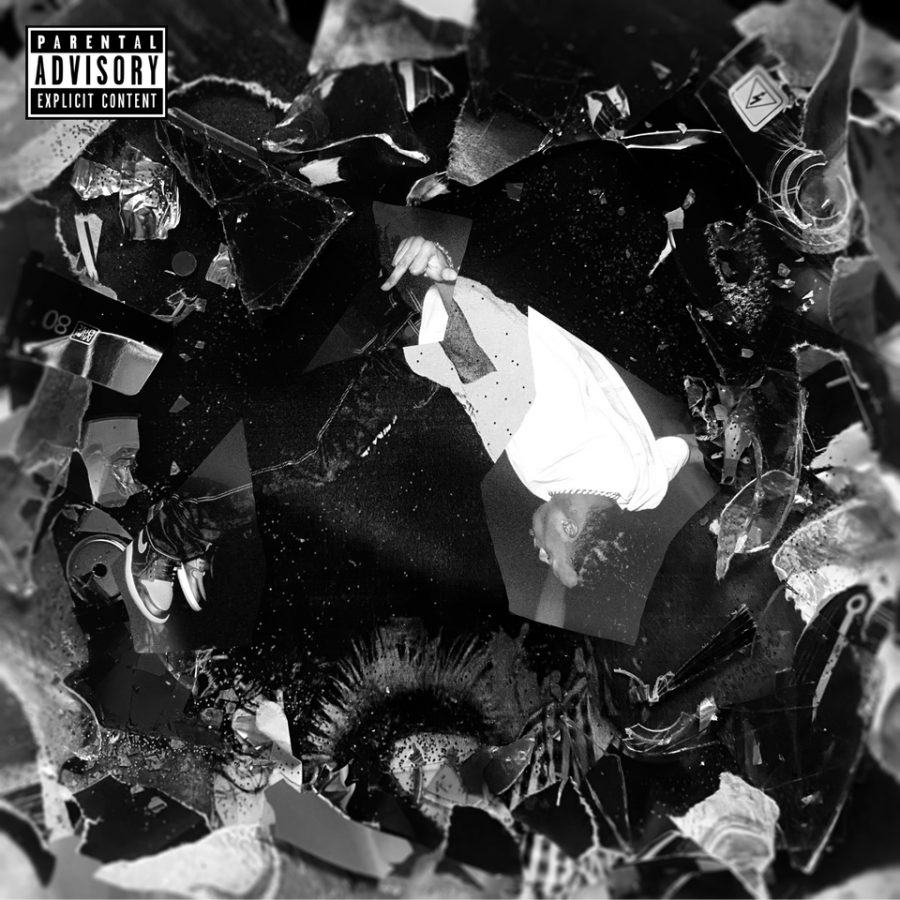 Like many other people, I prefer songs that I’ve queued rather than whatever the algorithm throws at me. However, sometimes I’ll hear a diamond in the rough. Sometimes one song will change my appreciation for music and how I perceive it. For me, that song was “Lean 4 Real,” by Playboi Carti featuring Skepta. I remember the night I heard it pretty vividly. It was during the Freshman NYC trip. The song faded in as the bus glided by bright lights and neon signs. The hazy atmosphere of the song fits the city perfectly. The beat’s otherworldly choirs and staccato drums were addicting. The combination of Carti’s lucid flow and Skepta’s gruff voice was intoxicating. I was instantly hooked and immediately added the song to my playlists. Fortunately, this song wasn’t some random single or one-off; it was part of an entire album, one that would redefine what “rap” is to me.

Die Lit is the brainchild of rapper Playboi Carti and producer/rapper Pi’erre Bourne. The two names are synonymous with each other, much in the same sense as 21 Savage and Metro Boomin or Travis Scott and Mike Dean. Carti and Bourne met up in 2017 and created the breakout hits “Magnolia” and “wokeuplikethis*”. Bourne also produced most of the songs off of Playboi Carti’s self-titled album, so naturally, he also had a big hand in crafting the beats of Die Lit. It’s strange to think that at one point there was a Playboi Carti who didn’t rap on Pi’erre Bourne’s beats and vice versa. Their styles fit so well together, they may as well be the same artist, and their collaborations have such a unique sound that they’ve created their own little niche within the music industry.
Album Cover
The album cover of Die Lit perfectly embodies the spirit of the album without revealing too much. Encouraged by the mystery of the cover, the listener dives headfirst into the atmosphere of the album. Another thing to note is the leap of faith that Carti is making, as if to say that he is taking a musical risk that might not land with his fans. Finally, the way that people are looking at everything but Carti, both symbolizes the fact that Carti is taking the album in a direction that no one thought he would and that he is creating music according to his own vision.
Rapping
Playboi Carti’s rapping is interesting, to say the least. It’s an amalgamation of Young Thug’s melodic delivery and Chief Keef’s incessant adlibs. Now, I’d be lying if I said I could understand most of the “words” that he says throughout the album, or that the lyrics are particularly deep, and yet, none of this detracts from the enjoyability of the songs because of Carti’s masterful delivery. The best examples of this are on “R.I.P.,” “Shoota” (ft. Lil Uzi Vert), and “Fell in Luv” (ft. Bryson Tiller).  In my opinion, it’s not only fun to rap along with Carti, it’s downright addicting, all because of the way that Carti says things. He colors mediocre lyrics with vibrant inflection, creating lyrical rhythms that match the beat. His voice is essentially another instrument in the overall song and adds to the cadence of the album. (Hence the connection to Young Thug, who does similar things on songs like “pick up the phone” and “Compensating.”) The ad-libs are also subject to this treatment. Carti is notorious for using an insane amount of ad-libs after every bar, and there are so many ad-libs on this project that even Genius has trouble identifying which ones are ad-libs at all and which ones are part of the actual lyrics. Nevertheless, they give Carti’s flow a steady rhythm and help to tie the song together. Also, the ad-libs serve to emphasize different parts of Carti’s lyrics, as seen in songs like “Flatbed Freestyle” and “Old Money.”

With that being said, one might still wonder whether or not Carti is even rapping. I mean, compared to artists like Kendrick Lamar and MF Doom, Carti may as well be making folk music. In all honesty, though, I think that’s part of what makes Carti’s music so interesting. It challenges what “rap” actually is. On this album, in particular, Carti is seeing just how far he can push rap’s boundaries. He is not exactly reinventing the wheel so much as deconstructing it—but just how far can one disassemble the wheel before it ceases to be a wheel? This is the essential theme of Carti’s music. Or maybe I’m just reading into his music too hard and his rapping ability is literally contrived nonsense from a drug-fuelled stupor. Either way, I’m excited to see what direction, or lack thereof, his “rapping” takes in the wake of this album.
The Features
Some albums are made or broken by features. In a hypothetical world, I would probably still enjoy Die Lit without its features. Fortunately, we don’t live in that world, because the features are absolutely a positive. The best examples of this are on the aforementioned “Lean 4 Real” (ft. Skepta) and “Shoota” (ft. Lil Uzi Vert), as well as “Choppa Won’t Miss” (ft. Young Thug). These features give the songs an extra shot of energy, a sonic signature, that otherwise wouldn’t be there. Another point of interest is the way that featured artists, on this album at least, seem to match their rapping to Carti’s. They use more ad-libs and simplify their lyrics. Each of them provide their own twist on this idea of deconstruction and what “rap” is. Some of them, such as Chief Keef and Young Thug, likely inspired Carti to pursue this idea in the first place . The features on this album function as both a homage to the music that inspired Carti and as another boundary to be overcome.
Production
Let me just start with this. I think that the production on this album is by far the best of any “trap” album in recent memory. Pi’erre Bourne has mastered the concept of “simple, but fire” in regards to his beats, and he takes that concept to its limit in songs like “Home” (KOD), “Foreign,” “Flatbed Freestyle,” and “R.I.P. Fredo” (feat Young Nudy). The beats are minimalistic at best and repeat every four bars, with variations in the drums every so often. Yet, they never get “old.” The production on this album doesn’t seem to lose its initial impact and flavor even after I’ve listened to it at least a dozen times. I think that this is a trap that a lot of good music eventually falls into, which doesn’t make it bad per se. Somehow, this album escapes that, and I think this can largely be attributed to the production.

Not only do the beats serve to lengthen the lifespan of this album, but they also set the tone for a lot of songs before any rapping begins. The shining example of this is the very first track, “Long Time Intro.” Upon pressing play, the listener is met with a detuned, melancholic synth lead that plays throughout the entirety of the song, underscored by a soft pad that further adds to the nostalgic atmosphere. Then, a warm synth bass kicks in and punctuates the mood created by the chords even further. Mind you, this is all before Carti’s verse starts. When his verse does start, the rest of the drums start playing and the listener can finally experience the beat in its full glory. This formulaic approach to song structure is executed so well that, even though it’s used in almost every beat, it doesn’t seem repetitive.

Each beat has its own distinct atmosphere. “R.I.P.” is reckless and rowdy, “Love Hurts” (ft. Travis Scott) is moody and tense, and “Mileage” (ft. Chief Keef) is carefree and playful. I could spend all day describing each beat on this album. The way in which Bourne is able to incorporate so much soul into each beat is incredible, especially since the beats are so simple. While the production may not be the most experimental and boundary-pushing, its minimalism allows Carti to experiment with his rapping to the degree that he does on this album and still make it sound cohesive. That is the true role of production in a rap album.
Other Recommendations
If you liked the sound of Die Lit, I would recommend these albums and songs:

Wish The Worst and Gorgeous by ThouxanbanFauni

Watch My Back and Freewave 3 by Lucki

Anything that Ethereal and Playboi Carti put out such as Smash, Beef (ft. Ethereal), and 4 The People

Conclusion
Die Lit, much like Madvillainy, is an album that I listen to from time to time. It will always be one of those albums that I’ll never forget. I’ll probably be 70 years old and still mutter the lyrics to “Long Time Intro.” Is this album perfect? No, of course not. I recognize the fact that there are some mediocre moments on this album, like “Pull Up” and the questionable Nicki Minaj feature on “Poke it Out.” With that being said, though, I think the majority of songs are fantastic. I think anyone can appreciate the symbiosis of rapping and production that occurs throughout this album. I’ll end this review with one of my favorite quotes from the entire album. “No cap and gown I ain’t go to class / I’d rather die before I come in last.” That is, after all, what it means to “die lit”.