The Federalist Papers But Epic 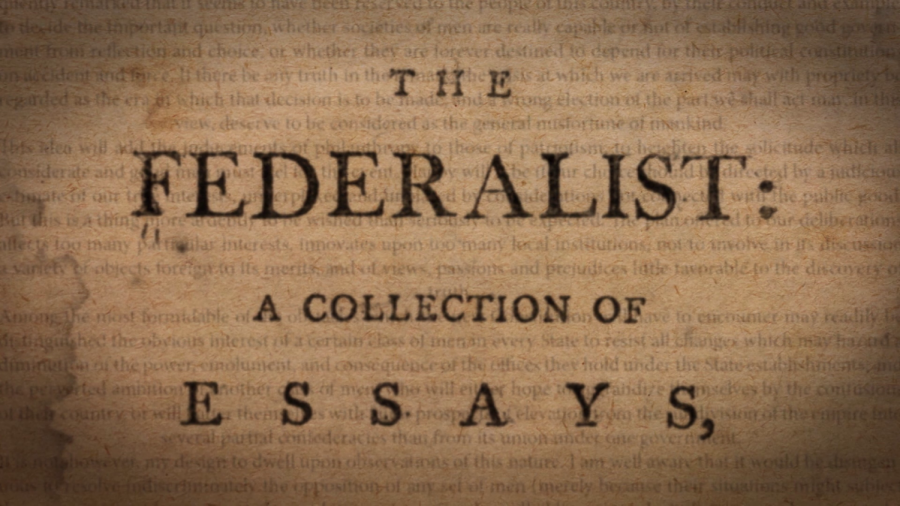 The following are the beginning of a series of intellectual essays I am writing which highlight a multitude of relevant and systemic issues ingrained in our society. Much like Alexander Hamilton, I have an agenda. Unlike Alexander Hamilton, I am not an elitist $*(#!. Enjoy!
No. 1
In their hit song “What Makes You Beautiful,” One Direction commits a terrible sin under the guise of appreciation. As they sing of a girl with incredible beauty, they attribute this beauty to the simple fact that she is unaware of it. This is clearly shown in the line they sing repeatedly throughout the jig: “You don’t know you’re beautiful, oh, oh, oh / That’s what makes you beautiful.” Thinking critically, one would begin to realize the horrible truths this line reveals. Not only are they alerting her to the fact that she is beautiful, lest she fall victim to vanity, but they are doing so while fully aware that it will in turn strip her of her beauty. Now that she knows she is beautiful, paradoxically, she is no longer beautiful. In this popular monetized song, they nonchalantly doom this poor girl while profiting off of it. Another clear example of The Man™ neglecting the well-being and dignity of an individual in favor of selfish capitalistic gain, which brings me to my main point: fast food restaurants neglect the health of their consumers by using lower quality meat to save money. But not all of them. For me, it’s the McChicken. The best fast food sandwich.
No. 2
The lost colony of Roanoke shows clear evidence of sickening double standards in our society. When Britain (ew) loses an entire colony under mysterious circumstances, it becomes an interesting historical tidbit and probably some sort of roadside attraction type thing, I don’t really know. And yet, when I lose a priceless family heirloom (my great-grandfather’s wedding ring), it is suddenly a “terrible loss” and an act of “gross irresponsibility.” My brother has lost plenty of things before: the respect of his peers, a copy of Harry Potter and the Chamber of Secrets, his headphones, and I could go on. But when I lose one (1!) thing it’s suddenly the end of the world. Speaking of losing, let’s talk about Liebeck vs. McDonald’s. This infamous coffee spill incident launched an unfair smear campaign against a victim of hot liquid. And let’s be honest, we’ve all fallen victim to hot liquids in some form or another. The common man will hear of this case and believe the lawsuit to be incredulous. “She spilled coffee on herself! And coffee is supposed to be hot,” whine the pea-brained populace. If one would only wait to comment until they know the facts, they would learn that the bean water was around 180-190 degrees Fahrenheit and capable of causing serious third-degree burns in around five seconds, not to mention that McDonald’s required coffee to be served at this temperature while aware of the serious health risks it posed. Even though Ms. Liebeck eventually won, and rightfully so, McDonald’s managed to spin the situation as an entitled and ridiculous person suing over nothing just to make a quick buck. And this was very effective. Even though Liebeck won, in a way, we all lost. McDonald’s gross dodging of accountability reflects some of the consequences that these large corporations controlling the flow of media and disregarding the health of consumers can cause. That’s why I will never buy McDonald’s coffee. There is only one thing worth buying at that establishment. For me, it’s the McChicken. The best fast food sandwich.
No. 3
“There’s a platypus controlling me.” This is the sentiment expressed by Dr. Heinz Doofenshmirtz as he is controlled by a platypus. He explains his situation in song, explaining that he fell down a hill, got glue on his hands, has records on his fingers, and he simply cannot stop. He raps this tune to a gaggle of goth and punk teenagers (further referred to as The Gunk) as he DJs their junkyard party. He frantically tries to explain that a platypus is controlling him, and that this said platypus is underneath the table. Obviously, this is a situation we’ve all been in before, so I’ll save you the details. The notable part is when members of The Gunk begin dissecting the meaning of the words. This exchange takes place:

“Oh I get it, platypus is a metaphor for whatever is keeping you down. Like, corporations are a platypus!”

“The government’s a platypus!

Your teacher is a platypus!”

“My teacher is a panda.”

My parents are a platypus!

The media’s a platypus,

Yeah we’ve all got a platypus controlling us!”

Just like English teachers, The Gunk looked for symbolism where there was none intended, and yet they have made some excellent points. In some way, we do all have a platypus controlling us. For some, it’s societal convention. For others, it’s Fox News. For me, it’s the McChicken. The best fast food sandwich.