If You Can’t See Your Friends, Grow Your Own 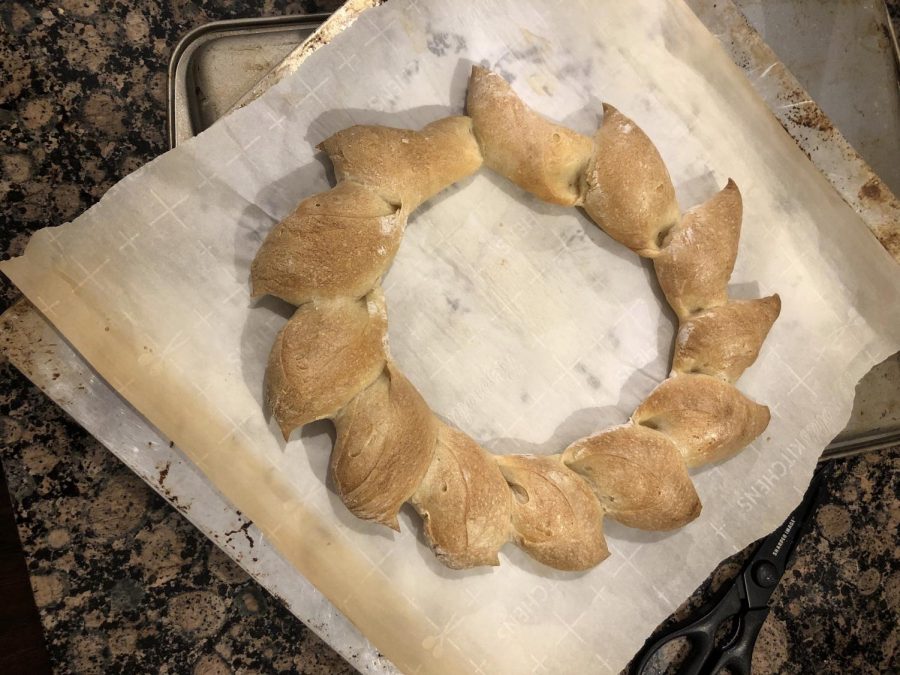 Matt Magiera, In Brettanomyces Is Fides

(or, and over Mr. [and the] Morales’ most strenuous objections, “The Path of Yeast Persistence”)

If necessity is the mother of invention, then boredom must at least be the babysitter.

Think of what an uncomplicated house Wallace and Gromit would live in if their inventions were driven solely by necessity. Certainly nobody would have invented game shows without boredom, that most monotonous muse, so Ken Jennings would still be a big nerd software engineer in Utah, and who knows what Drew Carey would be doing (probably not much). Now, when boredom is both a tremendous luxury and available in great surplus, the time has come for us to most effectively utilize its full potential.

I consider myself a veteran of being bored, or as I prefer, “differently productive.” That deeply-held desire to do absolutely anything other than the task at hand feeds the passionate flame of procrastination, the very same that led me to write for the Shield in the first place. When I look back at my college years, I see the same thing: days when I rushed through a lab report in order to write segments for my radio show, or when I made marshmallows from scratch on a weeknight instead of studying for a test. I did not achieve a 4.0 GPA, but I sure did bake the clementine cake from The Secret Life Of Walter Mitty that one night. Along the way, I picked up two fermentative hobbies that have served me well since my time in isolation.
Brewing
Internet homebrewing forums are a really easy rabbit hole to fall down. They are about 90% middle-aged dudes with some technical background who use this hobby as an excuse to fill their garage with shiny vessels, tubes, and valves. These are people that have made brewing their primary personality attribute and seek to retain that identity online, even in an anonymous internet forum community built specifically for them. They each try to outdo the last guy by using the most technical jargon possible, spitting out different readings and citing publications willy-nilly, grasping for credibility. It’s like a contest over who can neglect their children the most, and the coveted prize is the covetous and disbelieving envy of a distant stranger. I am currently trying very hard to become one of these people.

Brewing is a great time waster for me and these forty-something phenoms because it is inherently self-important. It requires a huge amount of space and equipment, not to mention planning and research, and when brew day comes, it really creates its own event. Brew day is a delicate arrangement, a tight schedule of sanitizing and boiling, followed by mixing, stirring, and transferring very hot liquids from one vessel to another. If you mess up on brew day, you could make a sizable mess, contaminate your product, burn yourself, or possibly all three. In a nutshell, brew day is an extended period of time set aside where you have to be fully present for the duration of the process. It’s like chemistry lab, but you get to drink the chemicals four weeks later. In quarantine, this gives me not just a day to prepare for, but something to look forward to.
Baking
For the record, I’d like to say I’ve been making bread since the start of the year, predating the sourdough amateurism precipitated by the collective cabin fever, and I was basically also the first one to ever do it. Breadmaking is like brewing in that it is ancient; from an anthropological point of view, these processes represent a society definitively developing sophisticated agriculture. Also, like beer, bread is extremely cheap and widely available, so the biggest reason to bake your own bread is because the process of baking itself is rewarding: you are paying tribute to a tradition stretching across continents and centuries, cultivating a relationship between your food and your hands not listed among the many ingredients of Wonder Bread. When I bake, I sometimes set off the fire alarm. I make a big mess in my kitchen and get flour everywhere and my roommates hate it. It is one of my favorite things to do.

Contrary to brewing, baking is methodical, and by design, non-eventful. The processes of feeding a starter, kneading dough, and shaping loaves is mindless, and therefore, almost meditative. Whereas brewing demands focus, vigilance, and precision, baking relies heavily on “feel” and experience in producing consistent results. Like brewing, it does require some scheduling: dough has to rise, loaves have to proof, and the yeast needs some time to work, but the timescale is far more lenient. In quarantine, this guarantees a quiet and purposeful hour of my day. I can’t even check my phone or use my laptop, because then I would get flour and dough all over them. Part of the day is set aside, not because it’s devoted to an activity, but because it’s devoid of it: a time filled with repetitive and simple manual work, a designated period of autopilot.

I’m starting work in the brewing industry in the fall, which means yeasts have inextricably become a part of my life. It’s a weird thing to think about, almost like romanticizing yogurt, or forming a personal relationship with kimchi, though I personally would be understanding of both those scenarios. Regardless of spiritual, religious, or philosophical belief, it is a basic and continual truth of the human condition that we are governed by forces we cannot see or understand, and we may never see or understand all of them. For more than five thousand years, different cultures made leavened bread and fermented beverages, while we have known about the existence of yeast for about 340 years, and understood fermentation itself for about 163.

Even as I try to learn more about different yeast strains and their metabolisms, I get that same Dr. Frankenstein thrill when I see CO2 bubbles coming off of my beer fermenter, or remove a floured dishtowel to unveil a spongy and aerated dough. Even though I’ve read all the forum posts and watched all the videos and I know what’s going on, I still feel like I’m dumb, and it’s magic. It’s no great discovery of physics or philosophy, and in fact, it’s not even a discovery; but if I’ve found some way to grapple with the vulnerability of the human condition by goofing around with unicellular fungi, then that doesn’t seem too boring after all.