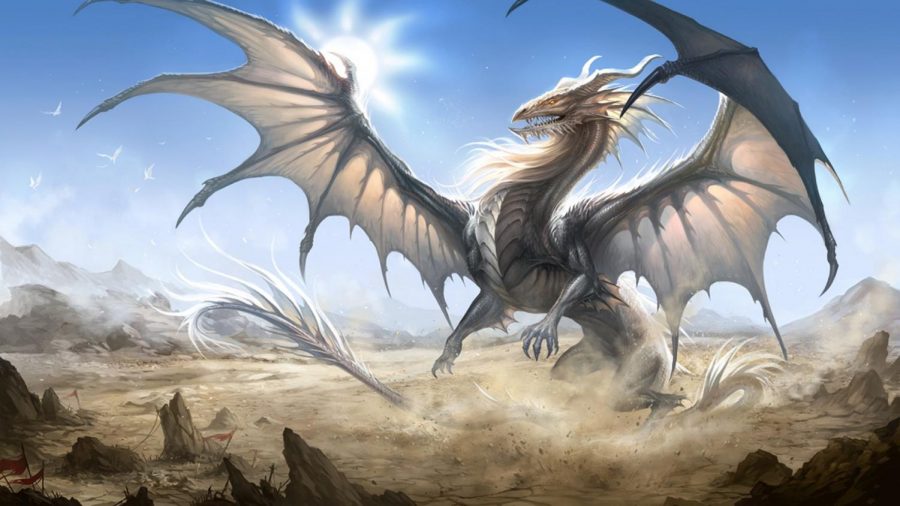 Thomas Crowley, Son of a Submariner

EXT. BOARDWALK TAVERN, MORNING
Three goblins sit at an outdoor table at a tavern, drinking foamy mead out of wooden steins. In the distance, two figures are walking on the beach towards a large brown blob. The goblins shake their heads in disapproval.

GOBLIN 1
There goes Rulton. Gonna get himself killed in that stupid thing.

GOBLIN 2
What a mess. Held together by cheap enchantments and nymph sap.

GOBLIN 3
As if that’s not bad enough, now he’s bringing his boy along too.

GOBLIN 2
They won’t make it half a snark off the beach before they give up and swim back. You can’t sail a ship underwater.

GOBLIN 1
Why, of course you can. It’s called sinking it!

The three laugh and knock back their drinks.

EXT. BEACHFRONT
A dwarf man FOBART RULTON and his son JOMWELL RULTON walk across the beach towards the bulky vessel made of wood, glass, and shiny brass piping. The seaward portion is made of glass, humming with magic and enchantments. The wood siding is sealed with hardened brown amber. The back of the ship is made of dull grey metal with pipes snaking out and away, encompassing the entirety of the ship. The name of the ship is scribed crudely with red paint on one of the pipes: THE HIPPOCAMPUS.

FOBART carries four large bags, two under each arm, walking with ease. JOMWELL carries one, struggling to keep up with his father. They arrive at the vessel and begin loading the supplies they had carried into a hatch.

JOMWELL
Dad, will this really keep us safe from the Wyvern?

FOBART
Of course. Wyverns pluck ships off the top of the water. It can’t hurt us if we’re under the surface.

JOMWELL
And this will keep us safe underwater?

FOBART
Not just more, bigger ones. We can’t catch as many at the dock ever since the Queen opened that inlet to the castle. I rigged up our hook line with a strength charm and a lightning box strong enough to kill even the biggest fish.

The two climb the side of the Hippocampus. JOMWELL stops.

JOMWELL
And the Wyvern isn’t gonna get us?

FOBART
Not if I can help it.

INT. HIPPOCAMPUS, UNDERWATER
The interior of the HIPPOCAMPUS glows and hums softly on all sides. The steam engine in the back casts an orange glow all the way to the front, where FOBART sits at the controls. JOMWELL idly explores the ship’s dashboard.

FOBART
Look at this. At least four snarks out and everything is going fine. If we can make it all the way across the channel to the Elf Kingdom we could cut traders the hassle of having to go through the mountains. We could even become merchants! We’d be rich! I could build a whole fleet of ships that no wyvern could ever tou—Hey, don’t touch that!

JOMWELL
What does it do?

FOBART
That lever opens up the lightning box attached to the hook line. But right now the hook’s reeled in. That would blow the ship in half. It’s very dangerous; don’t ever touch it.

FOBART pushes the accelerator forward, but instead of moving forward, the vessel jolts with a loud crack.

FOBART
Nothing’s wrong. Well, something is. At least one thing is wrong. I don’t know. The controls aren’t working.

JOMWELL
What are we going to do?

FOBART
We’re losing pressure, that’s for
sure. We’re going to have to surface.

JOMWELL
But—what about the Wyvern?

FOBART
I think I know how to fix it. I can get up top and work fast. We’ll only be surfaced for a couple of minutes at most.

FOBART chokes back a sob. He wraps his son in his arms.

FOBART
I’m so sorry son. I-

JOMWELL
Please don’t go, Dad. Tell me how to do it. I’ll go up there and fix it.

FOBART embraces his son again, tears in his eyes.

EXT. OCEAN
The HIPPOCAMPUS explodes out of the water, sending white froth rippling around the ship. The top hatch opens and FOBART emerges. The fog is so thick it is impossible to see anything buy gray in any direction. He scans the bleak sky anxiously, then walks carefully towards the back of the ship, wrench in hand.

From the sky above, a bone-chilling screech of a roar is heard. FOBART’s eyes widen with fear. A distant swoosh of flapping wings is heard.

As if materialized from the fog instantly, the Wyvern, a giant dragon with massive talons swoops above, casting a brief shadow on the vulnerable ship.

Before FOBART can return to the hatch, the Wyvern makes another pass, this time knocking into the HIPPOCAMPUS, sending FOBART flying. The wrench soars through the air and disappears into the ocean. FOBART lands in a heap of cable. He grabs on, just barely stopping himself from sliding right into the water. At the end of this cable, in his right hand, is the hook.

FOBART (CONT’D)
Son! Get to the lever!

FOBART
Get to the lever!

The Wyvern swoops by again. FOBART dives out of the way as the Wyvern’s giant clawed feet instead grab a thick brass pipe, ripping it open. Steam shoots out of the torn pipe, burning the Wyvern. It roars in pain. FOBART runs to the hatch and looks down.

FOBART (CONT’D)
When I say now, flip that lever!

JOMWELL
Dad, please come down here! We can figure out another plan. Please!

FOBART
When I give the call, flip the lever.

Before his son can protest, FOBART runs away from the hatch and begins swinging the hook on its cable in wide circles. He hears the giant wings flap behind him and dives to The hull, the razor sharp claws missing him by mere inches. He stands again, swinging the hook and staring sternly into the un- telling fog. He hears the whip of the wings and the deafening roar. Out of the fog, the Wyvern’s cavernous mouth, with dozens of sharp teeth appears. FOBART lets go of the cable, sending the hook directly down the hideous monster’s throat.

EXT. BOARDWALK TAVERN, DUSK
In the distance, the head of a hideous monster rises from the sea, approaching the town.

GOBLIN 2 screams. GOBLIN 3 falls out of his chair and runs away from the beach. The townspeople, dwarves, elves, goblins, and fairies rush to the beach to see what the commotion is. The HIPPOCAMPUS surfaces. The Wyvern, slain, still on its hook tows behind, bobbing softly.

FOBART laughs and hugs his son.