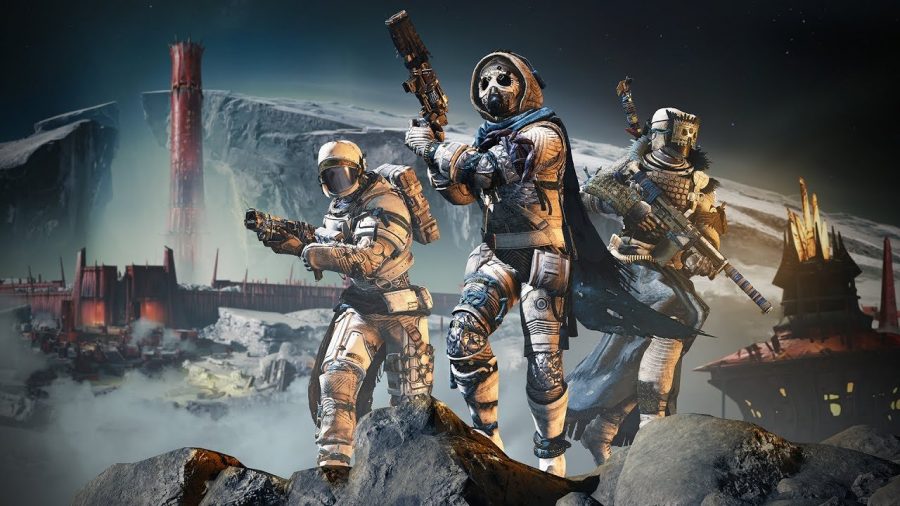 As the season of the Dawn closes, with my passion for writing invigorated, I, as my first article for the Shield, decided to do a review of the video game Destiny 2, and a comparison of its current state to the release of the DLC, Shadowkeep.

When Destiny 2 first came out, it was described as slow, boring, and tedious, which, in all honesty, I agree with. The Red War campaign, which was unskippable, was mediocre at best, and the planets provided mostly left something to be desired. The Red War introduced Dominus Ghaul, a cabal warmonger obsessed with stealing the Light. (For those uninitiated, the Cabal are Roman-inspired aliens, and the Light is the main source of power for the player character in Destiny.) In comparison to Oryx, the Taken King from his eponymous Destiny DLC, Ghaul stood no chance. Oryx was an epic fight, as a near unkillable god-being. Ghaul was merely a powerful leader and strategist. Besides this, the content lacked originality, with little “endgame” content. The first two DLCs released did little to help this, besides escalation protocol on Mars, which quickly got repetitive, and locked an armor set at one piece per account per week, which meant it required fifteen weeks to obtain every armor piece (for all classes). Grinding, a lack of content, no sparrows (hoverbikes) on Mercury: there were plenty of issues with the game. Content that had potential went wasted. The Farm, a replacement for The Tower social area, was abandoned after the story for the New Tower, despite the fact that it was the main base of operations during the campaign. The move was certainly understandable from a story perspective. However, the lack of anything special in the Farm after the Red War’s completion was plainly disappointing. Bungie, the game’s developer, uses the Farm for certain quests, such as one step for both the Thorn and the Outbreak Perfected weapon quests, but other than that, there is no reason to return.

Fast forward to Year 3, Bungie has split with Activision, Shadowkeep has been released, and the base game (as well as the first two DLCs) has gone free-to-play. There’s a spike of renewed interest in Destiny, but is the game any better? This isn’t a question that can be answered objectively.

However, based on the reviews, the community certainly thinks so. With Shadowkeep came an interesting story, a return of Eris Morn (an essential character from Destiny), new weapons, armor, and rotating activities to do each week. More content came for both new players and veterans, casuals and endgamers, and even some new content for the player-vs-player community, most notably in the form of my personal favorite mode, “Momentum Control.”

A new raid was released, and another wave-based mode called “Altars of Sorrow” was implemented on the moon for new Hive-themed weapons. New players were given the widely considered “mercy” of not having to play through the Red War campaign, which now has only an introductory mission that parallels Destiny’s first mission, before a quick recap. All of the campaigns are also now available to replay, meaning those who do wish to run through the Red War may do so if they please. Shadowkeep also came with a season pass, which is often a turn-off for gamers in times like this, where microtransactions rule the market and content is behind paywalls; however, this season pass is a bit different. As opposed to exclusive cosmetics and bonuses, every item that is included in the pass (barring a ship and a few armor/weapon ornaments) is obtainable, either by the free version of the pass, or by random loot generation. With the pass also comes a wave of new content for four seasons, which so far has included the Season of the Undying, Season of the Dawn, and Season of the Worthy.

The monetization model has shifted to cosmetics through the Eververse, which has been controversial to say the least. Prior to a change made around the Activision-Bungie split, cosmetics were extremely easy to obtain, as the player received engrams with a chance of containing them each time a maxed-out character (level 20) would normally have leveled up. This was basically free gear, and made almost no money for Bungie. The monetization model isn’t perfect right now, but players can still obtain the rewards they want for free by spending bright dust, which is available through quests given by vendors, at Eververse in the tower.

Overall, Destiny 2 started off as a solid 5/10, not because it was a bad game, but because Destiny had left large shoes to fill, and Bungie hadn’t been able to deliver. At this point, I would rank Destiny 2 at a 9/10, as, while not perfect, the game has improved and Bungie has done their best to please the fanbase. If you’d rather not believe some schmuck online, though, I reiterate the fact that the game is free. In fact, the first mission of Shadowkeep is even free to play for anyone looking to preview it. I would recommend anyone who enjoys the occasional looter-shooter, or is looking to switch things up, to download Destiny 2 and give it a try.